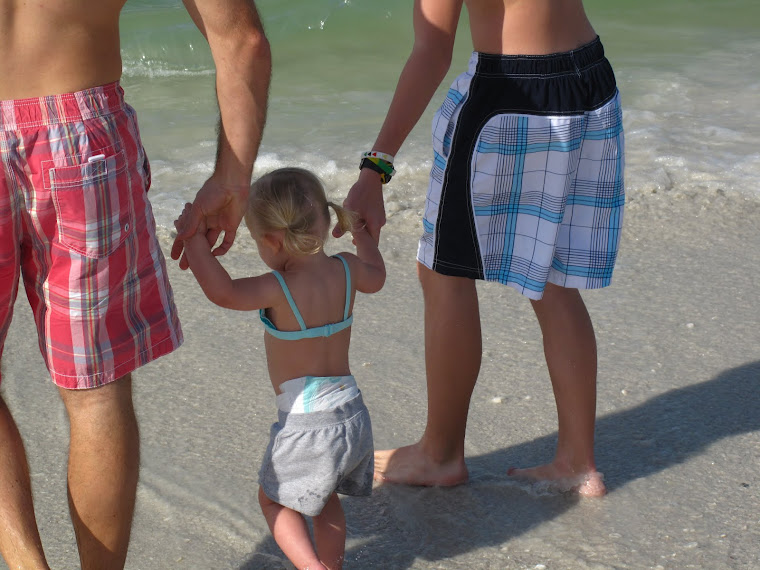 I Have a Confession...

Our family has gotten into a really bad habit. I'm almost ashamed to admit it. Mainly because when I was growing up, my dad would have never allowed this to happen. Are you ready to hear my confession? We have been eating dinner on the couch. Every. Night. It started out just a few times a week. Sienna would be watching a movie while we made dinner and we (including Eastan) would just join her when it was time to eat. But like all bad habits, it was a slippery slope. Before I knew it, each night we were on the couch instead of eating together as a family. I guess, technically, we were eating as a family. But I don't think that really counts because not much conversation was happening unless it was Sienna asking about "Sweeping Bootee" (Sleeping Beauty for those who don't speak Sienna).
I said earlier, that my dad would  never allow this to happen when I was growing up. Mornings were rushed with my brother and I getting ready for school. My dad worked long hours, especially during the summer. So, dinner time was about the only time we all sat down together. Occasionally, we would "accidentally" leave the kitchen television on, but my dad was quick to turn it off.
During the Olympics, I told Nick that we really needed to start eating dinner at the table. As a family.  He agreed and said that as soon as the Olympics were over, we would quit eating in the living room. Well, a week passed by and nothing changed. Until yesterday! 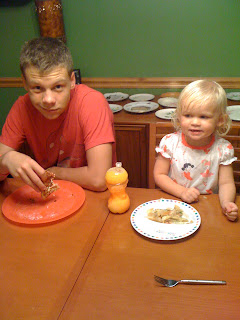 We made the announcement to the kids that we would no longer be eating on the couch. Sienna asked to sit next to Eastan instead of sitting in her high chair. She loved it. I loved the conversation that we all had. Nick and Sienna did a cheers for new beginnings. I know, we are cheesy like that!

p.s. Please don't judge that Sienna is eating a pancake and Eastan is eating pizza. Today, is the day we are incorporating a well-balanced meal to our list of new beginnings.
Posted by ashley at 1:04 PM

My family was like yours growing up. Family dinner at the table EVERY NIGHT. I loved it and Nick and I continue the habit with our girls.

We have VERY occasional special eat-in-front-of-the-tv nights when Disney comes out with a new movie on video. We'll endure those 35 torturous steps for a little Sweeping Booty or Tiansk. :)

Our sitting room is upstairs form the kitchen so we don't carry food up there! However, we do have a TV in the kitchen and did tend to watch it during the Olympics. However, my children are now so well trained that they complain if someone leaves the TV on when it is time to eat - how good is that?!

I see your dilemma, and it could lead to a little embarrassment also. The kids may be at somebody's house and when it is time to dine they head straight to the coach. Also it is a good habit to get them around the table with some conversation...

domain "http://www.homesforsalerebate.com" listed
landing page for any of the above particular cities on fsrefund
the listing page from any given property for sale on fsrefundas applicable
use the term "for sale" after all permutations listed in all FB posts
describe "100% rebate cash back real estate commissions"

Hi People I am Micle.